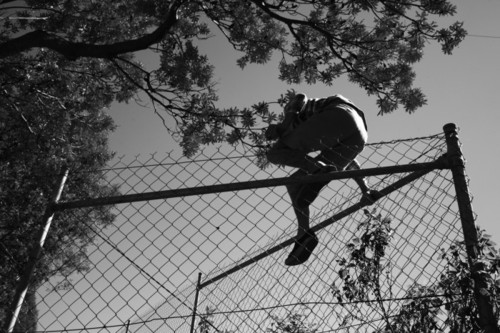 Ah, the days of waking up at six o’clock on a Saturday morning, rushing through your chores, just so you could get your Saturday morning cartoon fix (like the X-Men and Gummy Bears!) and make it out the door by noon to play with your friends. Everyone would meet at that one central place, whether it be a friend’s backyard or the local playground, and we would get there by any means necessary, even if it meant hopping a few fences in someone’s backyard. The first order of business usually consisted of counting out how much change everyone had, so we could stock up on Now and Laters, Mike and Ikes, penny candy, and quarter waters from the bodega. Once we had that morning sugar rush situated, it was time to get down to the real reason we all came together: to engage in a day of fun that wouldn’t end until the sun started to make its descent. 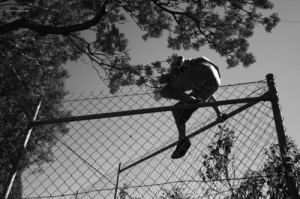 Saturday mornings, especially during the summer, were the best time of the year (at least to me!). Barbeques, playing in the fire hydrants, and ten-cent icys from the lady that lived on the corner were the highlights, but what kept us going were the outdoor games we played. Coming from the era that didn’t have iPods, cell phones, or social networking, we had to figure out how to entertain ourselves. I remember my two favorite games being hide and seek (I know some people remember “hide and go get” when you got older, a game that made some of the hot-in-the-pants girls WANT to get caught) and the many variations of tag. There was regular old tag, which consisted of the “It” person chasing everyone until they became the chaser; freeze tag, which rendered you immobile and helpless if you were tagged, until a friend came and touched you to rescue you from your frozen state; and t.v. tag, which required you to scream out the name of a t.v. show when the tagger came in for the kill. 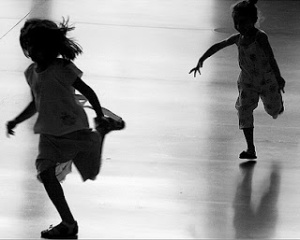 There were a couple of ways that someone would become it. Sometimes, it would just be the person we liked least in the group, the annoying kid brother or sister, or the last person to yell out “Not It!”. Most times though, we had to figure out a fair, democratic way to make a decision, so in came the sophisticated selection processes. You may know them as “eeny meeny miny moe”, “rock paper scissors”, and “bubble gum, bubble game, in a dish”. Through this highly proven scientific process, we were able to determine who would be the first sap to endure the daunting task of being “It”. 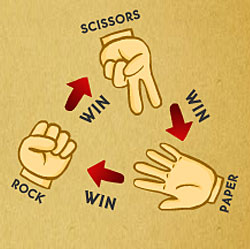 There came a point in the day, though, when we were all pretty much sick of chasing and being chased. Usually around mid-afternoon, the guys and girls would split off into their respective groups, to enjoy their gender-biased games. The girls would usually play double-dutch (with telephone wires – the BEST jump ropes around), or hand games, like Numbers, Hands up to 85 (I know that’s not the right name), and Rockin’ Robbin. The guys would engage in playful banter, with the Dozens and Ya Mama, Suicide (or Fireball, depending on where you’re from), and maybe a little crate ball in the street. 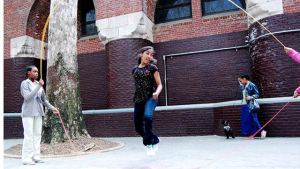 At the end of the day, tired of running around all day (which most kids these days would know NOTHING about), we would all sit down together, finish off the rest of our candy, and play games that required more mental focus, like Simon Says, Red Light Green Light, and Truth or Dare. Dusk would commence, and when that occurred, we knew it was time to say our good-byes for the day. Because if you weren’t home before the light poles lit up, you would have hell to pay. 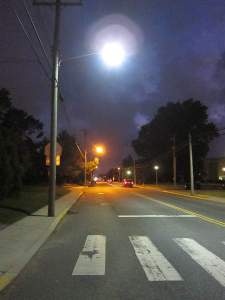 Although those days are long gone, there’s a part of me that yearns for that simplicity, the ease of a young, carefree life. A life where our biggest concerns weren’t focused on the bills we had to pay, the marriages and serious relationships we had to sustain, or our careers, but on whether or not someone had really been tagged and was now “It”. Even with all of the technology of today, I wouldn’t trade my memories for any of it. I’d rather reminisce about the fun we all had, just being kids.

(Shouts to @A_Double_U , editor extraordinaire, for his edits…on point, as always!)