Losing “couple” status is quite an interesting experience. In my new-found singledom, I’ve been finding out some things about myself, about the people interact with, and just life in general. I’ve been focused on rebuilding my public persona – well, maybe rebuilding isn’t the appropriate word, we’ll use “redefining” – and I have started to notice that being single in a group of couples is akin to fitting a square peg in a round hole (sorry for the oft-used cliche). It can be awkward, and not just because you’re constantly alone, but because when it’s still so fresh, you just feel like you’re floating around in the group. Your brain is telling you that you and your friends are the same people, with the same outlook on life, and the same goals, but the reality of the situation is that it has all changed, and drastically. You feel like you’re “one of them”; however, you’ve been unintentionally and unwillingly ousted from the club. And your friends, they try so hard to make you not feel like a weirdo. Sometimes, they can’t help it, and the result is that you just want to tuck yourself into a little ball and become invisible. If you are a coupled friend of a newly single one, there are some things that you can do to aid this life-changing, life-altering transition.

Stop assuming that your friend will not want to join in your reindeer games.

So a breakup can be traumatizing, and if it is a difficult one, your friend will probably want support and some sense of normalcy. You, as a coupled friend, may be thinking, oh, he/she doesn’t want to hang out with us, since it’ll be, I don’t know, two couples and single person. And single friend may have thought, or even uttered the words, “I don’t want to be the third wheel!” The thing is, if you plan things and leave them out because you don’t want them to feel weird, chances are, they may just feel hurt. If you really think they’ll have fun with the activity, just invite them. Let them decide if they want to do it or not. And obviously, use discretion too. If it’s like, seven couples and your single friend, you can probably let them know, but understand that they will more than likely say nahhh. 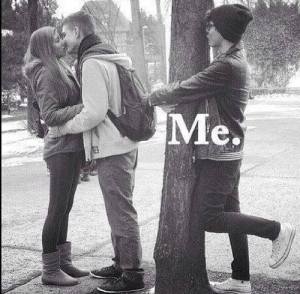 This one is hard, especially since the single person may feel like they’re missing out on all the fun couple things, and the coupled friends want their “old friend” back, who used to enjoy doing said couple things. So they start deciding to host events and strategically invite single people, and then talk them up to the single friend, in hopes that a love connection will blossom. Six months into a breakup, sure, that’s reasonable. Six days? Probably not a good idea. When you’ve got a bunch of couples, and two single people who don’t know each other, the stress of interacting with each other is at an all time high. For someone who hasn’t experienced what the single life is all about, this can be a little daunting. Have some patience with them. Understand that they want a replacement, but it will probably be on their own terms (Disclaimer: if there is a hot doctor, lawyer, construction worker, Michael B. Jordan, this rule does not apply). 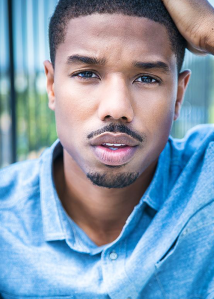 Learn to be their friend again.

I’m not saying you guys suddenly stopped being real friends when you were all in couples. But sometimes, it’s difficult to understand your newly single friend outside of their couple personality. If it’s a friendship you value, make it a point to spend some alone time with them, and understand that they’re probably going to go on and on about the demise of their relationship, or their single escapades, or both. This is especially crucial in the months after their breakup. They may be confused, hurt, and just want someone to support and empathize with them. A friendship (or a relationship, for that matter) isn’t just about the fun times, the easy times. It’s when someone goes through a major life event that tests the true strength of those relationships.

A lot of things happen because your coupled friends just want everything to be back to normal, and they don’t want to feel uncomfortable. I’ve been majorly lucky with the couple friends I have, and it’s probably because a lot of them were already my good friends before we were all wifed up. They are great, and although they don’t truly understand what I’m going through (and I pray they never will), they do what they can to be supportive.

2 thoughts on “And Then, There Was One”