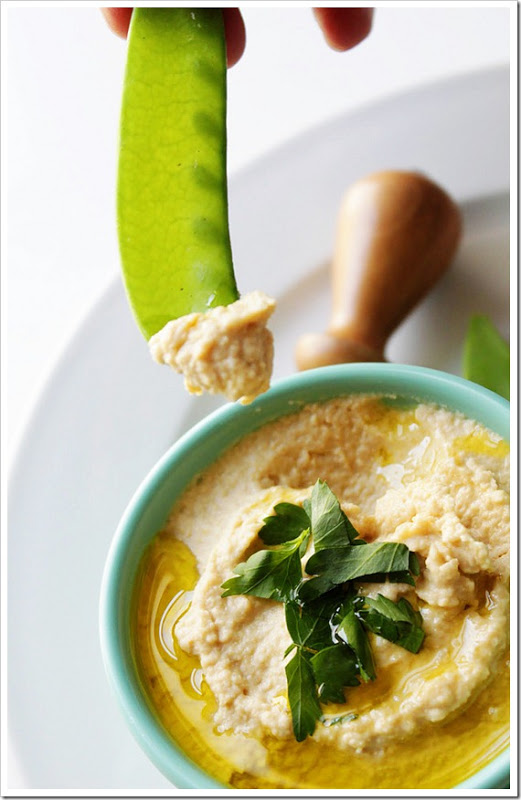 I am such a little researcher. Pinterest has become my new BFF, and because I loveeee trying new things, I wanted to give you guys a dose of what has piqued my interest these last few weeks, and what I actually took the time to (attempt) to recreate. First up: homemade hummus.

I am a hummus fanatic…my favorite is the whipped kind from Trader Joe’s…not sure how they get it so fluffy, but I’m going to keep trying. Hummus doesn’t come cheap though. If you’re like me, and get a couple of containers a week (it’s real serious over here), that’s about $10 a week, and $520 a year! That’s a lot of money for some hummus. Sooo, I decided to research how to make my own, and found this great recipe. It tasted great, I controlled everything that went into it, and potentially save about $300 a year. I feel like a winner. Unfortunately, I don’t have a picture of said hummus, because it’s all gone, but here’s what it looked like:

To go along with my new-found desire to be more conscious about what I’m putting into my body, I decided to try my hand (literally) at making my own hand and body cream. When I told people what was in it, they kind of cringed, but why aren’t you cringing when you’re potentially using chemicals that release FORMALDEHYDE into your skin? Don’t believe me? Google it. Anyway, I had a ton of fun mixing up my concoction of distilled water, olive oil, beeswax, and essential oil, and it felt amazing on my skin. Here’s the recipe I used, and a picture of what it looked like when I was done. The blue bottles are some facial cleanser I made; I’ll save that for another time. Got me feeling liking Carol’s Daughter over here or something.

My final DIY project was reconstructing an old t-shirt. If you’re like me, you probably have tons of old t-shirts lying around your house that you’re too lazy to give away to the Goodwill, and now they’re just taking up too much space. Again, Pinterest to the rescue! I came across this blogger’s pin, and got crazy excited. I work out a LOT, and I’m constantly running through workout clothes. However, because I think I’m too cute to wear anything but tanks, I’m stuck washing clothes throughout the week. This lifesaving DIY (I’m being VERY dramatic here, but you get the point) helped me remix all the old t-shirts around the house, and triple my workout wardrobe. This one was my first, and my favorite, ’cause it’s Jay-Z’s Blueprint 3 album artwork.

The moral of this post is…well, there is no moral. I’m always trying something out, and sometimes, other people just need a little push from someone they know to try something out of the box. These are simple things, but who knows what sort of creativity these mini-projects will spark in you? If you have some great DIYs, definitely send them my way!