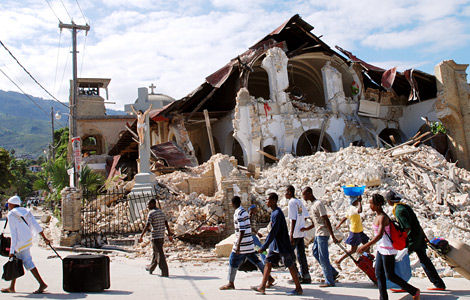 The other day, I attended a lecture, entitled “Sundays at 4”, hosted by the local chapter of The Links, Inc. The lecture, one in a series of many, focused on international issues, this one being about the continued devastation in Haiti, and an organization that was still focused on helping the impoverished country. I was a little annoyed with myself, because while I know that Haiti is still experiencing the effects of the earthquake, I was embarrassed that I was so far removed from the situation. I feel that I’m “okay” when it comes to my knowledge of current world issues, but I do have a good handle and understanding of all that is going on across the world. So if I asked all of you what the economic situation in Somalia looked like, or what the nuclear issue in Iran was exactly, would you all be able to give me a brief sentence on it? Well, how about if I asked you what happened on the last episode of “Love and Hip-Hop”? Or what 15-year-old is being glorified on this season’s “Teen Mom” (season 56 or something)?

I’m not trying to put y’all on the spot or anything, but I’d like to think that my generation, the 80s babies, would be a lot more invested in what’s going on in their world. Not necessarily picking up a physical newspaper (what an antiquated medium!), but perhaps visiting a real news site, that doesn’t have some celebrity bullshit on its homepage. There should be no reason you have TMZ and Worldstar Hip-Hop saved as a favorite, but you’ve never visited Politico or the BBC website.

It always reminds me of a scene in the movie “Farenheit 451” (which was an excellent book FIRST, by the way). The protagonist, Guy Montag, comes home from his fireman job of burning books, and finds his wife in their living room, watching their wall-sized flat screen TV. Instead of asking him about his day, she’s more concerned with sharing with him everything she’s seen on the television, referring to the characters as her “family”. For a book that was written so long ago (1953), it is freakishly accurate in regards to how “the future” will look. Books are banned, and all information, for the most part, comes from the passive activity of television viewing. 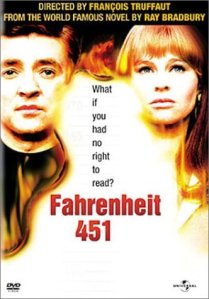 Don’t get me wrong; there’s nothing wrong with having your guilty pleasure of trashy news and television. The problem, however, is when such information takes precedence over what affects your external world, things that may, at some point, affect you personally. It saddens me to think that we’re breeding, or rather, have bred, a culture of such fluff and shallowness. Where are my deep thinkers, my philosophers, my intellects? I feel as if Kim Kardashian came in with her “Men in Black”-esque mind eraser and wiped all of your minds clean of anything of substance. I’m pained when the focus of conversation centers around what some person named Chrissy, whom I’ve never met nor will ever meet, is saying to her boyfriend/baby daddy/side piece/insert random label here. We’ve let this recreational form of escapism consume our lives.

I’ve blah blah’ed a lot this post, but I’m just fearful for the future, mine and yours. Will we continue to slide down into the oxymoronic black holes of shallowness, filling our days with mindless chatter about irrelevant topics? Or will someone wake up and realize that in order for any of us to be truly useful, we have to focus the majority of our passion into real issues, not “reality” issues?

One thought on “Realize the Realism of Reality…Television”